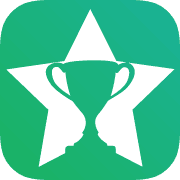 We have reached a new milestone by re-designing Pointagram from the ground up. A new interface has been released in beta. The new user interface (UI) can be switched on/off and soon we will do the jump to only allow the new UI.

There are still some design elements and functions in development. We are delivering it piece by piece. Note, the new UI already looks awesome and will cover 95% of all use cases.

The menu has changed from a horizontal menu to a vertical menu to give more space for all main features. The widget board and cast features have earned their place in the navigation menu. In addition, we have separated the players and organization settings from each other and giving each part a more natural place. Below we will highlight some of the new interface changes.

The profile page has undergone a major facelift. It is now built upon a configurable tab system. On top of that, we have given administrators more options for controlling the user interface.

This website uses cookies to improve your experience while you navigate through the website. Out of these cookies, the cookies that are categorized as necessary are stored on your browser as they are as essential for the working of basic functionalities of the website. We also use third-party cookies that help us analyze and understand how you use this website. These cookies will be stored in your browser only with your consent. You also have the option to opt-out of these cookies. But opting out of some of these cookies may have an effect on your browsing experience.
Necessary Always Enabled
Necessary cookies are absolutely essential for the website to function properly. This category only includes cookies that ensures basic functionalities and security features of the website. These cookies do not store any personal information.
Non-necessary
Any cookies that may not be particularly necessary for the website to function and is used specifically to collect user personal data via analytics, ads, other embedded contents are termed as non-necessary cookies. It is mandatory to procure user consent prior to running these cookies on your website.
SAVE & ACCEPT

Let's have a chat

We Would Be Happy To Assist you, Write to us!